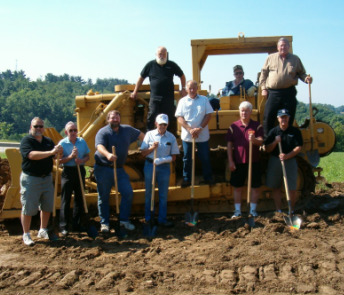 Salem Township’s history starts with the battle of Bushy Run on August 5, 1763. There Colonel Henry Bouquet led the 42nd regiment (the Black Watch Regiment) recruited from the American Colonies against a contingent of indian warriors led by the famed indian chief, Pontiac. The battle began at 1:00 pm and raged on for two days. With casualties on both sides, the indians retreated. This was the last major stand for the indians who eventually moved further west. Bouquet moved on to secure Fort Pitt and thus opened the western part of Pennsylvania to colonial settlements.

A colony of Americans heading west decided to settle in the area near Bushy Run and the “Salem settlement” was established in 1765.

Today the township encompasses 47.8 square miles with a population of around 7,000.The township has a consolidated public education system known as the Greensburg-Salem School District. The main road through the township is Route 22 which connects its citizens with a direct route into Pittsburgh. It’s a farming community with a suburban atmosphere and over 250 businesses flourishing in various parts of the township. With Pittsburgh 40 minutes away the residents have access to the metropolitan atmosphere, health care and professional sports of a major city.